Following later, after their AGM, the National Access and Scaffolding Confederation held their annual dinner dance at the 5 star Sheraton Grand Hotel and Spa in Edinburgh. 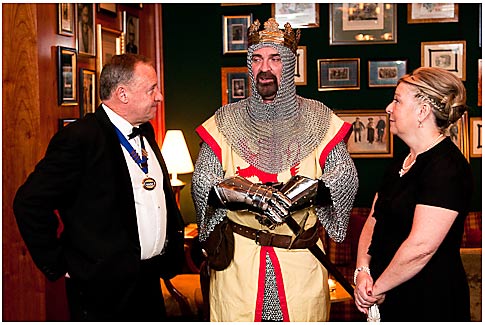 King Robert the Bruce greets the NASC President and his wife

With King Robert the Bruce in attendance to greet guests at The President’s Reception it was a right ‘royal’ occasion. Haggis, Piper, a comedian, a dance band and disco were all laid on for guests.

The brief was for posed photos of couple arriving for the President’s Reception (I used two brollies with Speedlights) and candid and informal group shots for the evening.