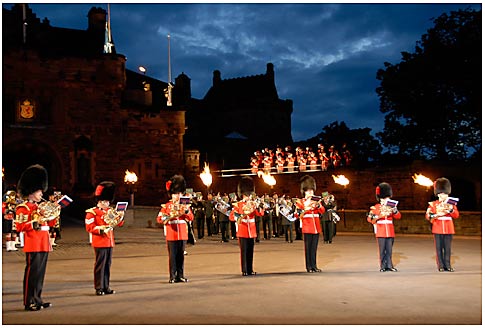 The opening of the 2006 Edinburgh Military Tattoo

I first shot the Tattoo in 2006. The MOST amazing experience.

As part of the media on the esplanade and a complete newcomer to photographing the Edinburgh Tattoo, it was with some trepidation that I arrived with my Nikon D200 and two lenses. But wearing an accredited Media Pass and getting waived through the thronging crowds queuing down the Royal Mile to get in was ‘cool’ .

At the press briefing  just before the start, there are strict instructions on what to do and how to behave. One piece of advise is to not get too close when photographing in front of the marching pipers – they won’t stop and you could end in the middle of the columns and, we were warned, trampled on. Of course some of those who been there and ‘dunnit’ before do do that! I mean go between marching columns. Not me – a menacing looks from the Pipe Majors is just enough thank you!

An absolutely beautiful evening – dry, warm and a sky deepening into shades of deep indigo. But how do you shoot? Flash? What lens? What speed? Well, it kinda worked out pretty good and I was delighted with the results. 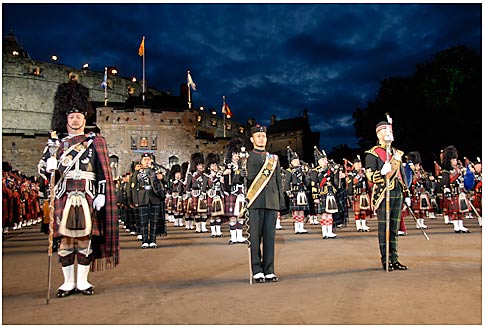 Massed Pipes and Drums against a stunning backdrop 2006 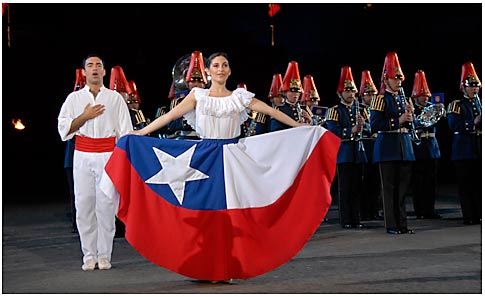 Performers come from all over the world – 2006 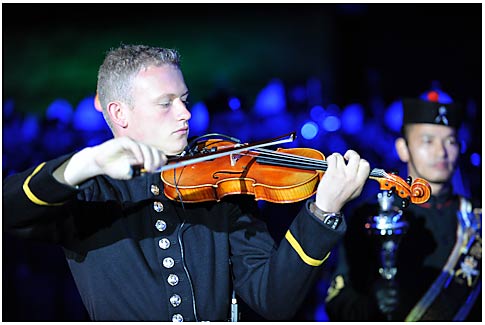 Finale performance in 2008 of the celebrated theme of ‘Gael’ from the Hollywood movie ‘Last of the Mohicans’.

One of my favourite film themes and I can tell you, to be right in front of this violinist and the pipe band behind was magical. Hear a version of this below – just great but can you imagine what it is like with 100 pipers playing it too. The second clip is from someone at one of the performances. 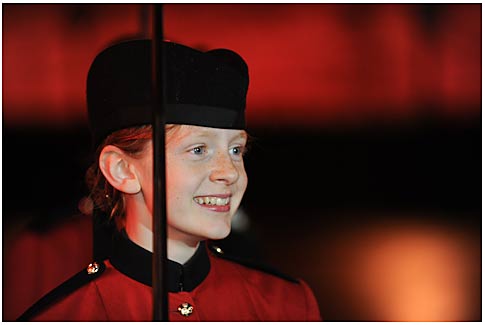 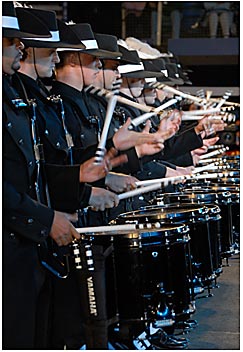 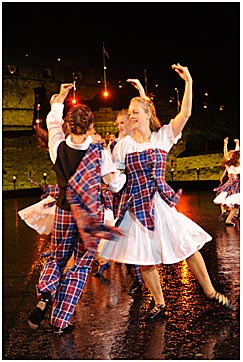 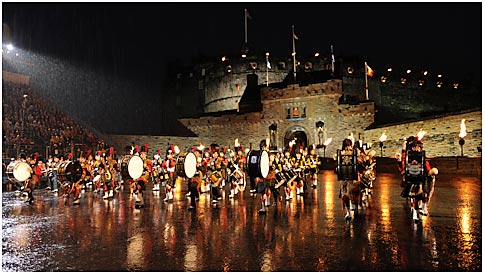 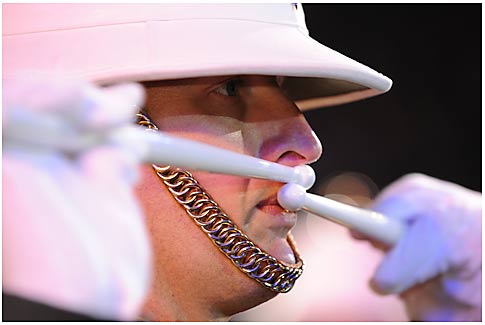 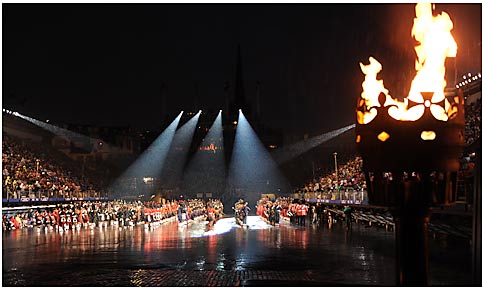 The view from the Castle’s Drawbridge – and the rain! 2008 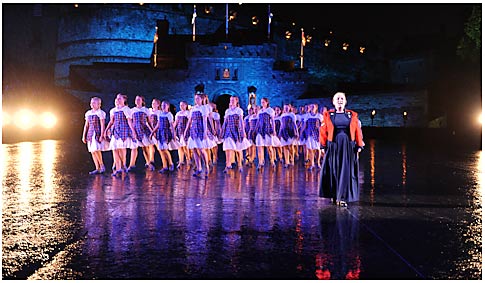 2008 – One of my favourite shots. The refections, colours, the spotlights, the singer to the right and the dancers just moving garefully to their right. Good one Simon!

In 2008 I nearly didn’t go. Only on that morning did I pop in by the Press Office of the Tattoo to see Alan Smith (delightful chap)… who encouraged me to attend. Had just got my Nikon D3 and the three Nikon 2.8 zooms and rain was forecast.  Anyway I did go.

It rained – errr… no it bucketed down most of the night. The show goes on and it its history it has never been cancelled. But with the reflections of the tarmac, some great effects were achieved.

But there’s a great story from this night – well for me anyway. As a young pipe band and dancers arrived down the drawbridge out of Edinburgh Castle, I took up position here. Nearly last out was this young girl coming on at the rear and with the Queen Victoria School. This young lady just beamed with a joyous smile as she saw the live stage, at last, that she was arriving on, the audience, lights and atmosphere – it was written all over her face. A fleeting few moments and a sword, perhaps, a slight distraction in the only shot I got of the moment. I emailed with Alan at the Tattoo with the image – I just felt if I didn’t, she and her parents may not have had the opportunity to see a moment of her first night’s experience. He was able to pass it on to the schools Headmaster in the hope that it got through? It did. (The Queen Victoria School in Dunblane is for those whose parents are in the forces and often serving abroad.)

The photo also came to the attention of Catriona, the person looking after the schools sponsorship and when she saw my name in the emails enquired with me if I was the same Simon Williams that her mother (Susie Reid) knew as a child in Perth. Indeed I was/am. Small world. Later I sent Catriona other photos of the schools pipe band at the Tattoo. Some of these were posted on the schools web site. Later, I  received an email  from the Grandmother of the your girl asking if she could get a copy and it was thus I found out a little more about her and that her mother served in the forces.

I can say that it was an absolute privilege to have  covered the Tattoos. To be so close to such spectacular performances and that are recognised throughout the world was just sensational.  As you can see you get close and nearly personal with the performers.