A stunning two days in Edinburgh and the largest Clan Gathering and Highland Games in Scotland for years took place in Holyrood Park next to Holyrood Palace. Blest with fabulous weather, visitors and competitors from around the globe enjoyed a spectacular set up with a backdrop of the  scenery beneath the volcanic rock that is known as Arthur’s Seat. 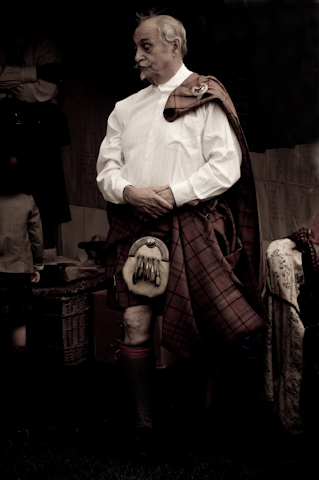 A Clan Chief in the Clan Village at the Highland Games Edinburgh.

I only got one shot of this magnificent looking gentleman as there were lots of people passing in front of me. Rather than increase the colour I took some some away in Photoshop which gives a rather ‘old painting’ feel to it. Other than removing some awning out at the top right, again in Photoshop, nothing else has been done. The little boy and the other person to the left and in quite dark area of the image, add to it in my view. Happy for any opinions on this image.
(Nikon D300, Lens 70-200 f2.8, 500 sec at f11) 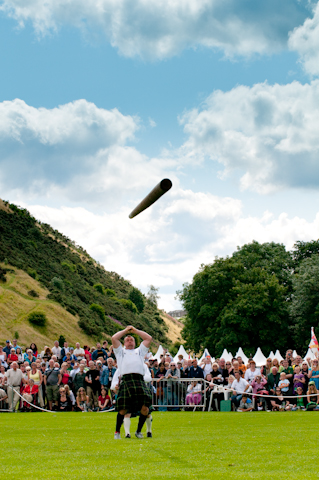 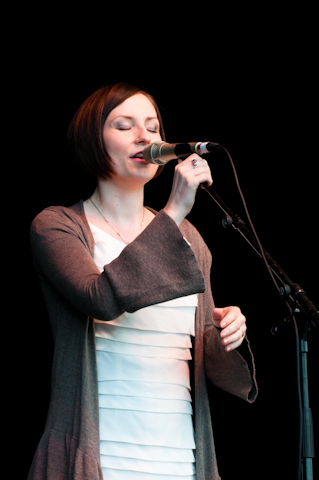 Julie Fowlis performs on the Music Stage at the games 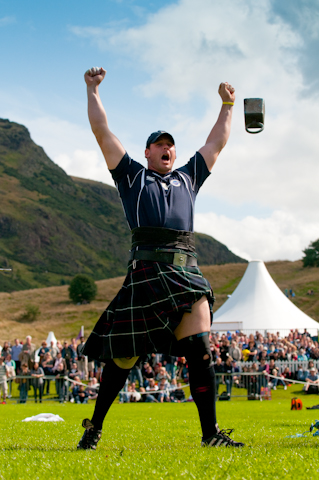 Having just cleared the bar above him, this competitor celebrates as his 56lb weight drops behind him. 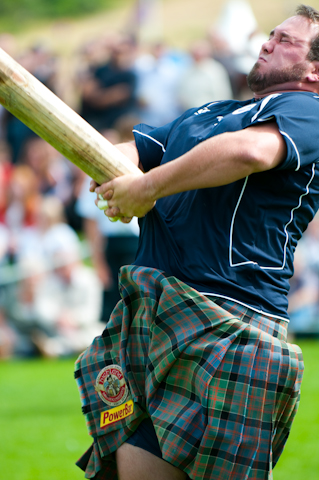 An athlete frozen in time as he throws the caber 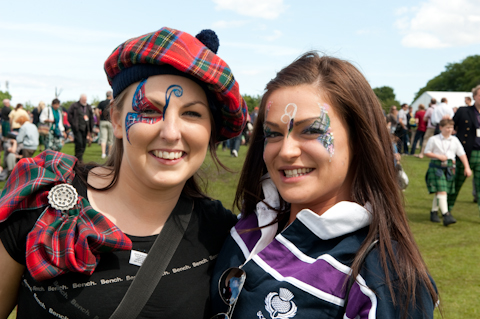 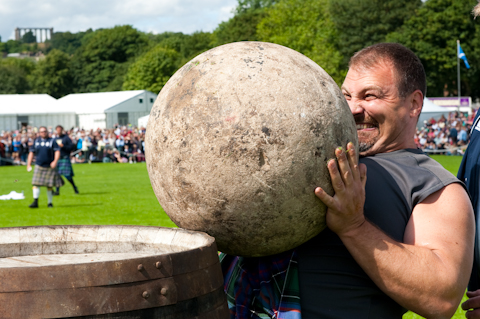 Lifting a huge stone ball onto a high barrel - his face says it all. 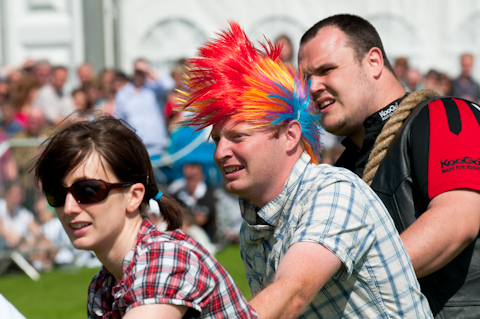