I received an enquiry from Julian Davies, Managing Director of Sears Davies Limited , a London creative agency, back in October last year I guess. Their client is Axiom Advocates, one of Scotland’s leading advocates who have acted in the majority of significant commercial and public law cases over the past 30 years.

I met with Julian and the client who are based in the Advocates Library at (old) Parliament House early 2010. To get away from the more traditional backgrounds of law, libraries, court attire etc, we agreed on one of the shared meeting facilities they use further down The Royal Mile.

The brief was to capture more or less portrait style images but in a less formal style. Nothing too distracting in the backgrounds – not direct camera facing – relatively informal and even to some shots with jackets off – lighting not overplayed. From each shot selected the agency would later crop to the subject with another person/s off centre and out of focus – probably more than I have in my examples below. We set up 8-9 sessions with 5-6 people each time over 3 days (over the summer to fit holidays and availability of the QC’s and lawyers and the practise managers) and simulated a meeting.

My initial task (apart from setting up the room and some dichroic uplighters to break the bland walls) was to relax the ‘sitters’. Some were cool and others a little self conscious so I set them on subjects to talk about so that they could hopefully ignore me and moved some around to get better angles during each session. I kept lighting quite simple – there were two large windows with blinds that I faced the slats down a bit which gave good natural light and on most shots I then used flash on manual, 1/4 – 1/2 power and bounced it off a wall or the ceiling. All shot RAW and typically ISO 200-250, f 4.0 and 80-100 sec.

Below show the shots as taken and then as I think they may be used by Sears Davies in print and for the new web site. 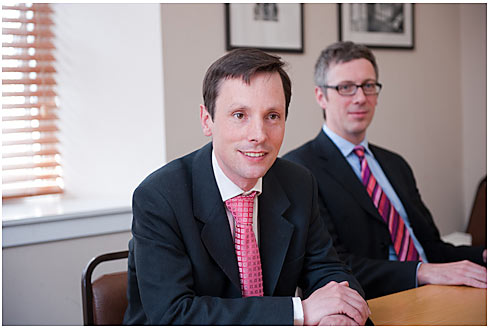 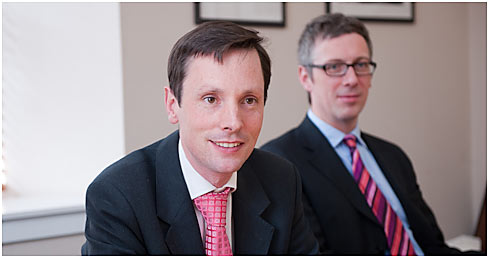 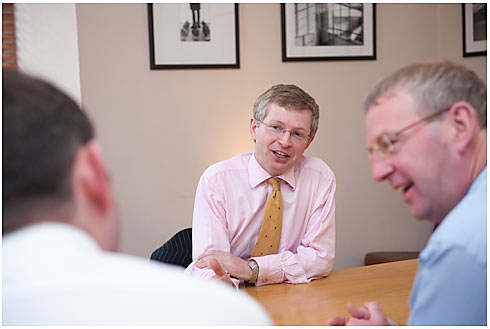 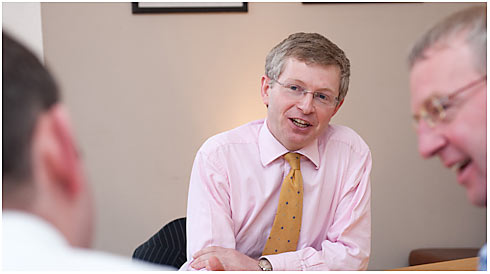 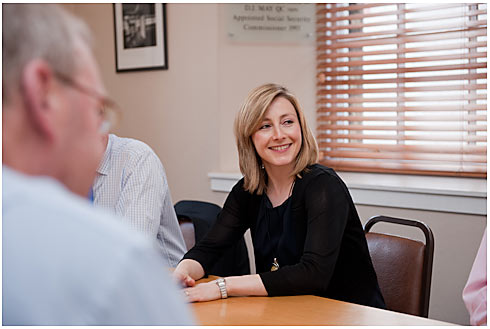 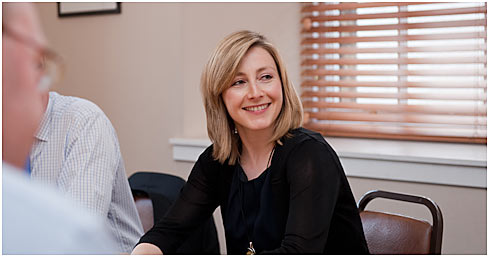 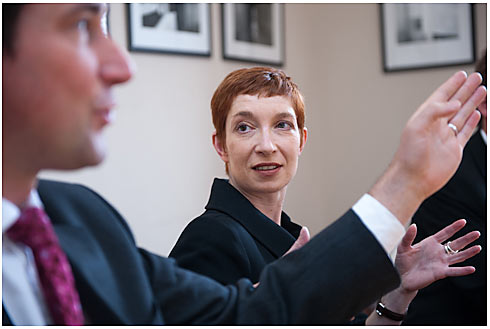 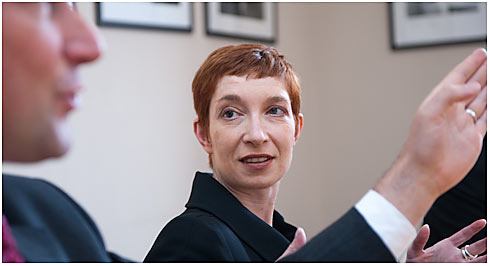