At the request of Chief Operating Officer, Marco Truffelli, I covered free of charge their Annual Charity Ball in Dundee on 19 March 2010, which was held to raise funds for CHAS – Children’s Hospice Association Scotland. Nearly £30,000 was raised.

James Brown, Magician and Pickpocket was flown specially from Dorset for ‘pre dinner pickpocketing’. Absolutely terrific. Seeing is not believing in this case, with several card tricks for me on a one to one in a quite spell and I just couldn’t work them out.

And you can see the expression on the girls faces in this photo as they witnessed the lady’s watch filched without noticing it until it appeared behind her shoulders. 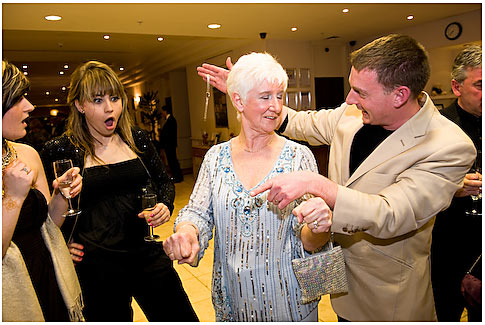 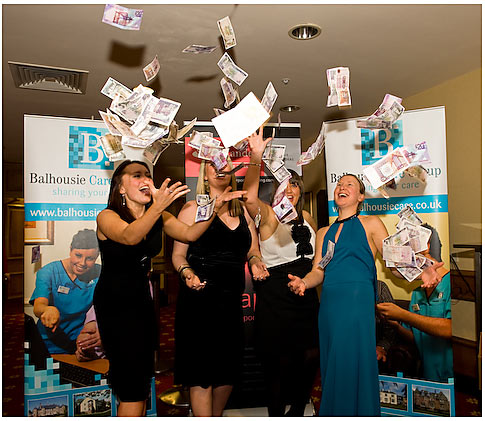