Following on from my entry earlier this week,  I covered the invitation evening on Thursday. 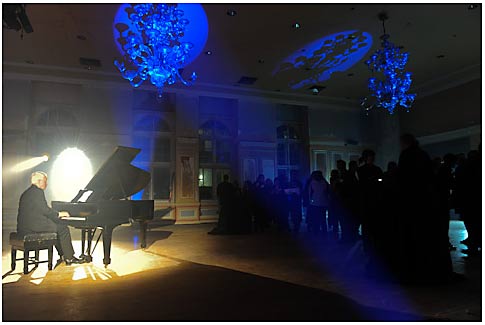 Still very much a building site with all the trades  at work, hospitality ‘buyers’ were given exclusive access to this ‘old lady’ some 7 months before it is due to open. Welcomed by ‘decrepit’ waiters and a doorman, a grey haired trio and plenty of ancient cobwebs,  guests enjoyed, umm, sherry in the foyer. Then, the 100 guests were accompanied by staff from the company’s Edinburgh hotel, The George, up along long corridors past actor ‘painters’ and on to the grand old ballroom.

Within seconds of arriving a spectacular light show started and then a pianist in the centre of the floor continued the theme. Guests enjoyed champagne and canapes – all brought in specially as the hotel kitchens were unusable. 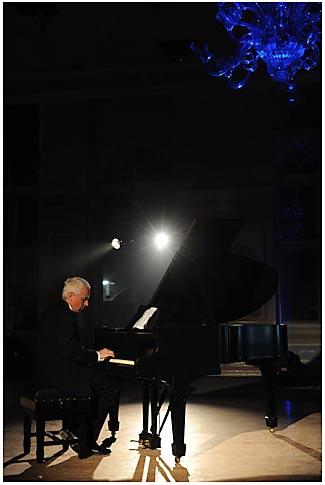 I have a connection with this old hotel. My father Eddie Williams was the General Manager for 10 years in its heyday in the 1970’s – the days of the Malmaison and La Fourchette restaurants. So it is with some interest that after the demise of British Transport Hotels (BTH) at the end of the 80’s, and it has to be said a lack of development funding, the Central is going to be restored to most of its former glory. I too worked in the company all over the UK for 10 years.